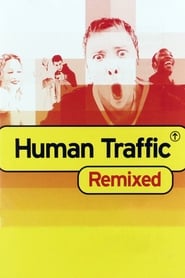 A re-cut version of the 1999 debut feature from writer/director Justin Kerrigan which focuses on one wild weekend in Cardiff. A group of five friends escape the drab mundanity of daily existence and sample a hedonistic cocktail of drugs, clubs and sex. Jip (John Simm) is a twenty-something shop worker, Lulu (Lorraine Pilkington) is a full-on clubber, Moff (Danny Dyer) is a chilled-out dope dealer who also happens to be the son of a policeman, whilst Koop (Shaun Parkes) works in a record shop and gets increasingly paranoid that someone will steal his girlfriend Nina (Nicola Reynolds). Together, the five friends move from nightclubs to parties, getting more and more stoned as the night progresses. The soundtrack features club favourites by Fat Boy Slim, Underworld and Primal Scream.

The Last Days of Disco